Well, just because I’m not on the road as much as I’d like to be, that doesn’t mean I can’t reminisce about my recent (or not-so recent… becoming more distant) trips I’ve taken. In fact, I kind of want to talk about them so I have it written down… I’m not much one to journal while things are happening (maintaining a blog or 2 has helped with this) but even so, I don’t want to forget important times I’ve had.

I’ve been to Washington DC twice in my life and loved it both times. It was just a little over 2 years ago that I went with my PLNU group for the most recent inauguration. 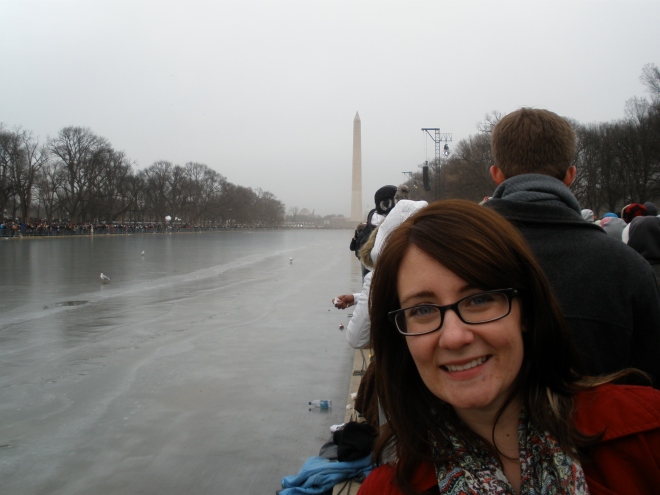 The night my group got to DC I immediately went to a party with my friend who knew some people from his semester in DC experience. There, I met a cool guy from South Africa who had a Led Zeppelin tattoo! This was very cool to me as I had just begun to get into Zeppelin’s music at the time. The next day, we went to the “We Are One” Inauguration concert where I got as close as I’ll ever be to Bono (and the rest of U2) as well as Springsteen, and others. The irony of Irish band U2 playing at a concert days before the American Presidential inauguration was not lost on the performers, but Bono is pretty much as involved in US politics as a rock star can be, so I think everyone let it slide.

The next day, all the Smithsonian museums were packed (not a huge loss, as I’d been to some of them twice), and it was freezing. So after picking up a new hat at Urban Outfitters (and eating at the very same place I had my very first Chipotle burrito in January 2006) we went to the botanical gardens. The rationale was that it would be warmer in a greenhouse–our bet paid off and we avoided the cold for an hour or two.

On the 20th, we got to the National Mall around 5 in the morning. They played the concert from the 18th on a loop to keep us entertained but it didn’t help keep my mind off of my numb extremities. Things finally kicked off around 10AM with the inauguration itself around 11. After it was over, getting to and on the subways was a nightmare. Upon arrival at my hotel room, I took as hot a shower as I could stand and dove into bed for a several hour nap. Got up in time to primp for a nice dinner at Old Ebbit Grill. I don’t remember what I ate (this is why I should blog the day of events!! ) but I do remember it being delicious.

Finally, my second video to ever grace the internet. Videos made my me are even more rare than Sasquatch sightings.

One thought on “Washington DC Memories”