Spring Break 2011 has come and gone for some of us, is slowly approaching for others, and if you’re like me, you’re a “grown up” and don’t get a spring break at all. I thought it would be a good time to practice a little photo editing (actually, the weather was so nice that this trip barely needs any) and compile some “greatest hits” posts from some of my Spring Breaks.

In 2009, before I even knew I was going to Morocco (I traveled so much in 09 my carbon footprint must have been terrible), I jumped in the car with my friend and co-worker Brittany at 11:00 pm. We drove all night from San Diego and arrived at Half Moon Bay at 8 in the morning just in time to get some excellent shots of Pigeon Point Lighthouse: 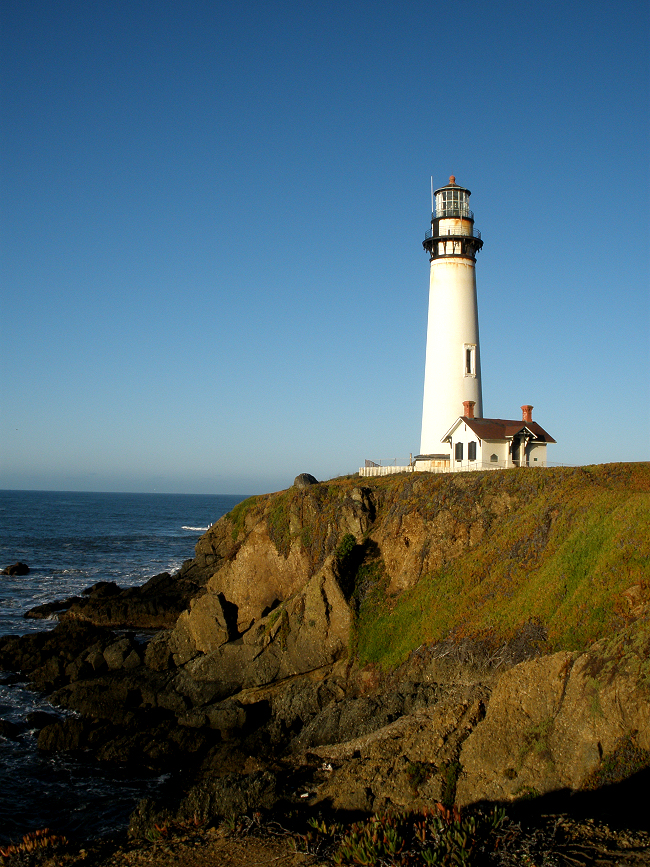 We stayed in a Hostel, which I recommend due to low cost and high interaction with people from all over the US and the world! At some hostels, you can get a private room (in Spain, we got a room for 3 so we could leave our stuff behind without worrying) but Brittany and I chose to take up 2 beds in a room for 6! We met an interesting girl, I think she was from the East Coast (can’t remember) but she had dinner with us! This dinner was a turning point as I discovered I loved eggplant. Later we roomed with some Europeans and a Chinese girl. We brought little padlocks to put on the lockers underneath the bunk beds so our laptops and suitcases would be safe and sound. 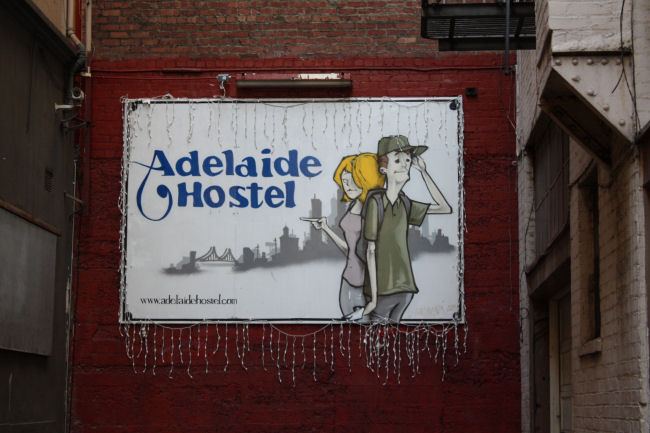 We were joined by our friend (incidentally, the two of them are now married), a Bay Area native, and channeled our inner Princess Diaries moment by visiting the Musée Méchanique on Fisherman’s Wharf, ate clam chowder in a bread bowl, walked the area (we did a ton of walking on this trip). We bought chocolate from Ghirardelli’s (didn’t last long) and did some window-shopping. 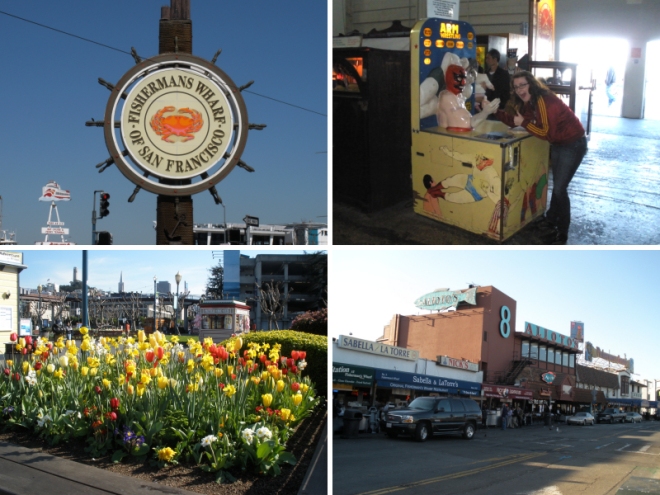 Checked out some gorgeous late-afternoon views of the city from Coit Tower: 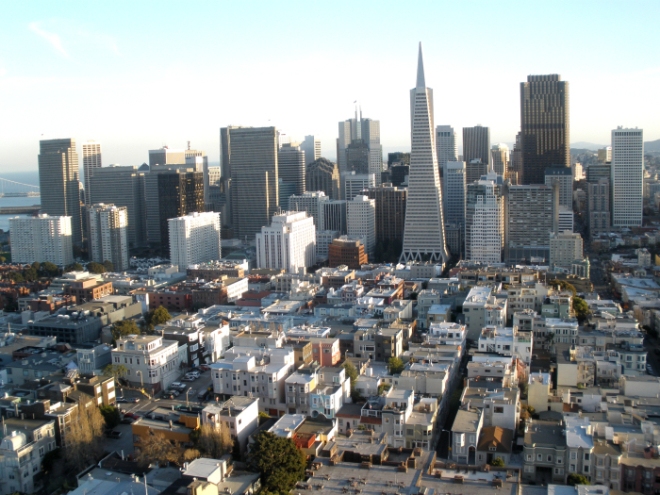 The next night I had my first encounter with crab. It was delicious. Since that night, I have wanted more. Not even the lobster I had in Maine could top it (blasphemy, I know). We were there for several days, did more than I wrote about here, and ate many, many delicious meals, but I’m just going to leave you with the highlights for now. If you ever get the chance, visit this great city!

Have you been? What’s your favorite part of the city?