Truly, I couldn’t come up with something funny and/or non-creepy to title this post about the bedroom.

For many, many months after we moved in, this continued to be my least favorite room in the house. The paint color and the grey comforter we had in the old place clashed, clashed, clashed. Fighting shades of gray are almost as bad as fighting shades of black. So, one temporary comforter and one new West Elm comforter later, things started shaping up. We removed the headboard and made the room feel way bigger. I finally love this room :)

First, a shot right after we moved in. It will make you understand why the room made me so depressed: 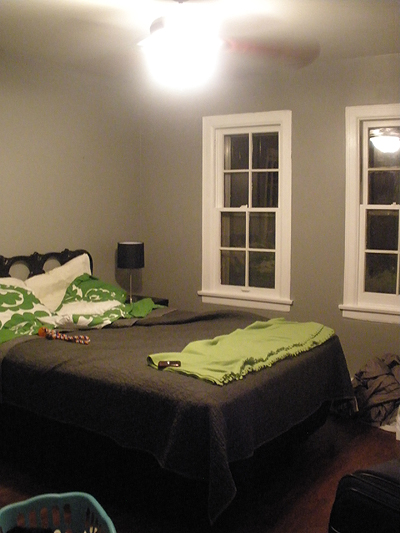 Second, in case you were wondering: we did not paint! Natural light works wonders. Unfortunately the room gets natural light pretty much only while we’re at work. Anyway, getting rid of the headboard and hanging cream curtains helped, but the temporary comforter was NOT what the doctor ordered: 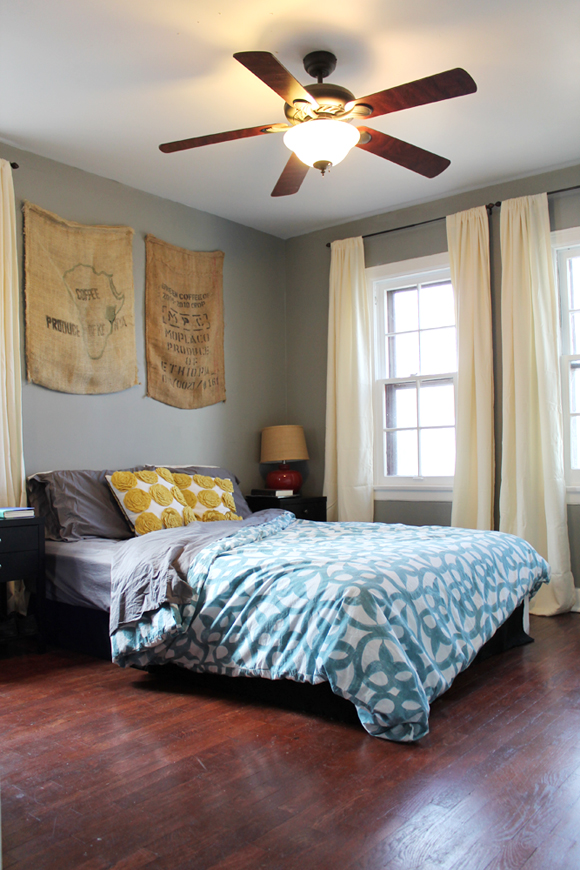 Now, I feel like gray, cream, and white can coexist in a small space, with the blue pattern on the comforter playing referee between the three neutrals. The yellow helps lighten the mood! Across from the foot of the bed is our IKEA dresser. Believe it or not, the dresser was easier to assemble than the wardrobe we bought the same day! Here’s a shot: 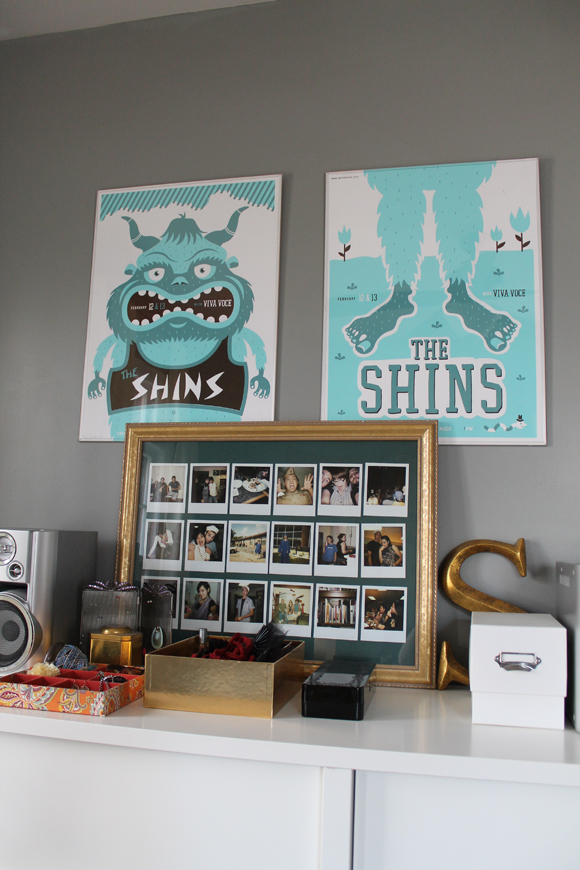 Here’s the view of the wardrobe (hanging those doors and making sure they were even was the WORST!). The doorway at the left edge of this photo leads to the hall :) I’d like to get more globes to fill up the top of the wardrobe like you see on home interior blogs sometimes. Haven’t come across any while thrifting lately, though!

And a little source list, since I ended up the guest room tour that way… I like to try to prove that a house can look stylish on the cheap. This room, by FAR, we have put the most money into. The mattress, bedside tables, wardrobe and dresser were all bought new. A mattress is not really something you want to buy used, and it is impossible to find dressers at the limited options of thrift stores we have here. These items are, however, more or less the ONLY furniture items purchased new in our house so far!

I am not putting the dollar signs in to show off how much we’ve spent/invested (depending on your POV). What I’m trying to show is that, minus the mattress (which rang in somewhere around $600 I think?) the room was well below $1000, which seems to be the approximate amount TV shows budget to redo a room “on the cheap.” Personally, I feel like the room looks great, and I’m not sure putting more money into it would even improve on it. What do you think?

There you have it! Questions? Comments? Favorite part? Mine is (obviously) the duvet cover :)