Early morning on day 5, the family packed up our stuff in Bruges, fit everything in the car, and we parted ways in Lille. We took the train from Lille instead of Bruges because it was way cheaper not to cross any country lines. My parents and sister headed off to England: since they had more time off, they spent a few days there before touring the Loire Valley and ending up in Paris. Due limits on how long we could be away from work, we abbreviated our trip and went straight to Paris.

This was my third visit to the City of Lights, and I was pleased to find myself playing the role of tour guide, and surprised at my own knowledge of how the city was laid out and how to navigate it. We only ran into a few roadbumps on this final leg of our trip, and by this point we were feeling somewhat tired but excited to see what Paris had to offer. Last time I was in Paris was in hot July of 2009 and it was much cooler this time. Jacket weather, but it was very nice. The cloudy skies did feel very Classic Paris. 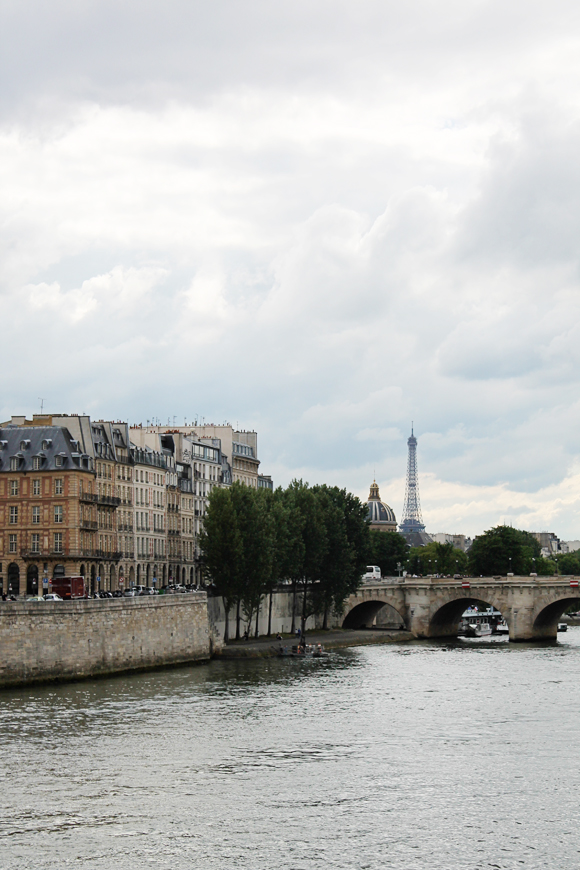 The first thing we did after getting rid of our suitcase at the hotel was make a bee-line for the famous Marché aux Puces St-Ouen de Clignancourt. At first we were disappointed since all we saw were knockoff handbag and tchotchke dealers, but we pressed on and found the good stuff. Most of the good stuff, anyway. Since Monday was the last day of the market, some vendors had closed up shop so our choices were limited. What I really wanted was to score an unbelievable deal on a rug, but satisfied myself with a couple magazine ads from 1929 and 1933. I will share a photo of them in another post. I was in heaven just browsing, of course.

Doug had a few things that he insisted we see: the Champs-Elysées and the Arc De Triomphe. These were kind of strange requests to me since I thought the Eiffel Tower or Notre Dame would get top billing, but I was more than happy to oblige (yes, we saw the Tour, Notre Dame, and the Louvre exterior as well, of course). Then, I learned his big reason to visit the Arc: to practice a little long-exposure photography as you’ll see below. And it took no arm-twisting for us to sample some macarons at Ladurée… they were definitely delicate and indulgent, but I guess I will always prefer a brownie when given my choice of sweets. 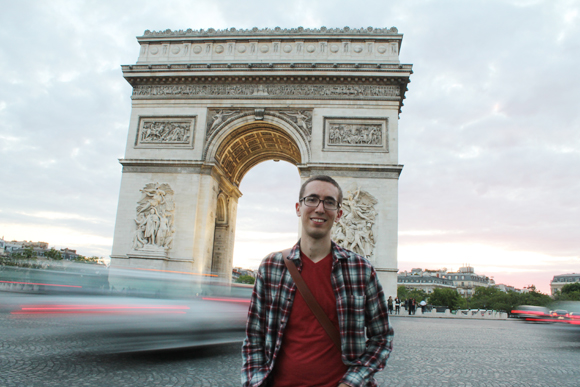 Paris has a modern and almost funky side, though, which we were pleased to experience as we walked down Rue de Rivoli and saw the bustling shopping area and took a peek at the construction at Les Halles, which looks like it will be pretty cool once it’s finished–with an underground mall (if I’m not mistaken), an expanded park, and apartments, I think? Anyway, that will be interesting to check back in on next time we’re there (there WILL be a next time, mind you).

We wandered over to the Centre Georges Pompidou and admired it from the outside, but skipped going in. I really am a fan of museums, but have found them to be a big “time suck” if you really only have a few days visiting somewhere (I went into the museum in 2009). While I’m not head over heels for modern art, I find the exterior of the center very fascinating, and always have. 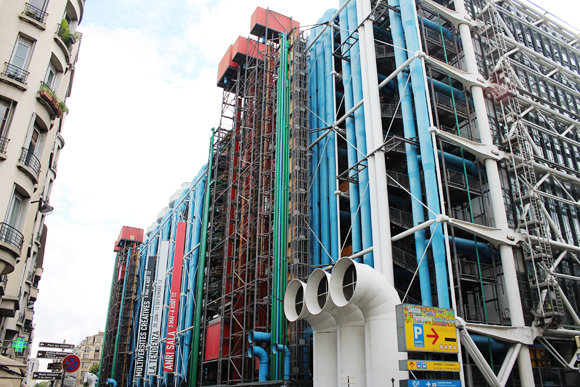 All of these things, mind you, were done and seen on our first day in town–finishing the day with the stunning Tour Eiffel at night. Originally the plan was to go up it, but one elevator was out of service and my knee had been acting up, so we admired from ground-level. Finally, we took the metro to our semi-shady part of town and got back to the hotel. We were so wiped out at the end of the evening it didn’t matter that our room was pretty small and the bed was like a rock. It was clean and secure, so we slept like babies.

The second day we spent familiarizing ourselves with the city in an interesting way–somewhat of a wild goose chase to find my friend who we were supposed to meet up with Tuesday morning. We’d spent the first half of the day attempting to track her down, then gave up and did a little more sightseeing, had a delicious lunch in Montmartre (revisiting a place I LOVED in 2009), and a bit of minor shopping. Finally, we took advantage of the free wi-fi (and bathrooms!) at McDo (McDonalds) and got into contact with my friend. Well, after all was said and done, we got together at 6:00 Tuesday night.

Let’s be honest: our stay in Paris was mainly about the food. We had delicious crepes at the shop at the very bottom of Sacré-Coeur, boeuf bourginon at Le Poulbot in Montmartre, salmon salad at a restaurant near Musee D’Orsay, and even the cheap sandwiches we bought at a street vendor and ate on the banks of the Seine were just terrific. If I didn’t buy enough souvenirs, it is because I was too preoccupied thinking about my next delicious meal. We spent a ton on food but it was totally worth it. That’s my philosophy on travel, anyway. 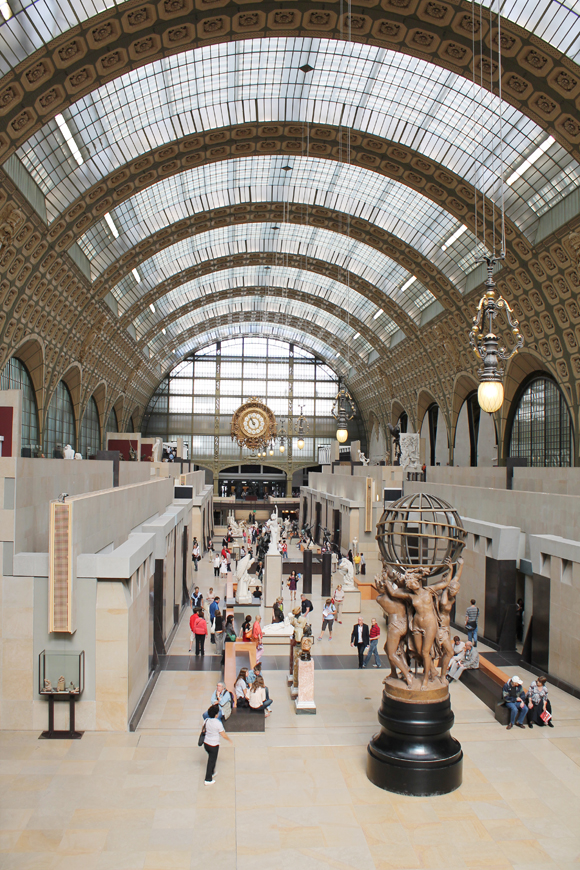 The final day, we spent the whole morning at the Musée D’Orsay, which is my favorite Paris museum. Out of all the time periods of art, I prefer the impressionists and post-impressionists. I really could spend all day here. Instead, we broke for lunch and had our aforementioned sandwiches and crepes on the Seine. Being that it was our anniversary we took part in the tradition of locking a padlock on the bridge and throwing the key in the river.

You can catch part one here, and part two here. I still want to do an overall wrap up of the impressions of my trip, so if you have any questions, please feel free to ask!