I was totally smitten with our rental home in Bruges. It had a young, comfortable vibe and plenty of room for 5 people. When entering, the space seemed narrow but getting past the stairs, everything opened up very nicely. The stairs did seem a little precarious (not that they were wobbly, just narrow) but nobody in our group had any casualties.

I particularly liked the huuuuuge, very old map of Bruges (I believe it was a reprint of the first official map of Bruges. You can take a peek at it in the photo above, on the right edge). Little touches like that reminded us that we were in a very old city!

I especially liked the juxtaposition of the pink accents with the gray-greeny-blue wall. I thought accent walls were out of style? This one pulls it off very well. One thing that helped this accent wall make sense was that the blue color was carried on over into the kitchen, which was located directly to the right of the living area:

Is it crazy that I found this tiny kitchen easier to work with than our own much larger kitchen? I think it had to do with the spacious lower cabinets (eliminating the need for upper cabinets) which really maximized the counter space (the cabinets in our current house are hung too low, creating a very claustrophobic feel when using the workspace). Did I mention the fridge was tiny? There it is, tucked under the counter on the right. Wonder how that would fly in an American kitchen…. 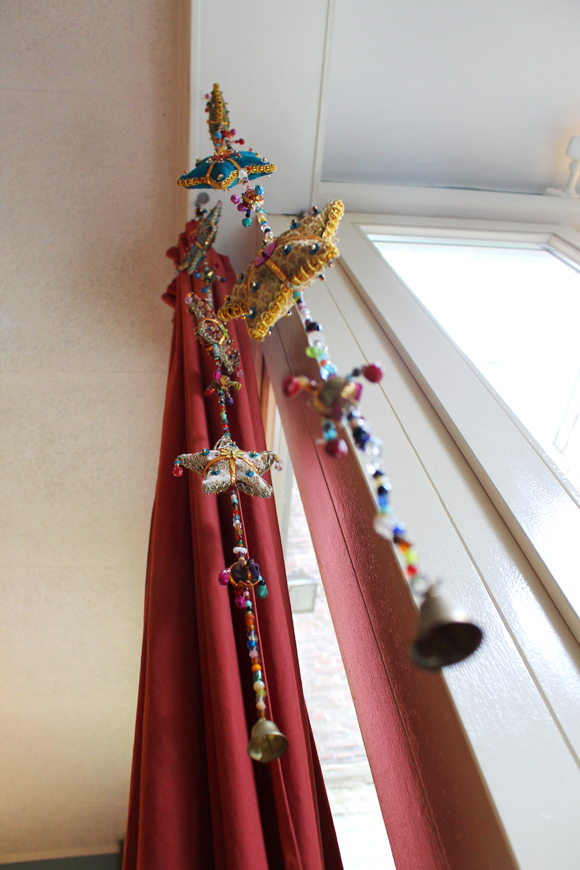 The space was very minimal–which is to be expected of a European vacation rental, naturally, although cute boho accents were everywhere.

This little patio was carved out of the kitchen/living room area. It was nice to leave the door open and let in fresh air. All four walls went up 3 stories so it was very private. Most definitely outdoors, but not in the way most Americans consider an outdoor living space.

On the second floor there were two bedrooms. In the first one (with a double and a single bed) there was a shower RIGHT IN THE ROOM. Smart space-saving strategy, but very awkward. The other one had a little “room” in the hallway for the shower. All the bedrooms had a sink in them. Doug and I had the one with two beds–the twin became a dumping ground for laundry and souvenirs. My parents had the room with red curtains.

On the the third floor was my sister’s room. She got her own TV (not pictured) with an assortment of DVDs featuring Garfield and Saw. You know, family favorites. 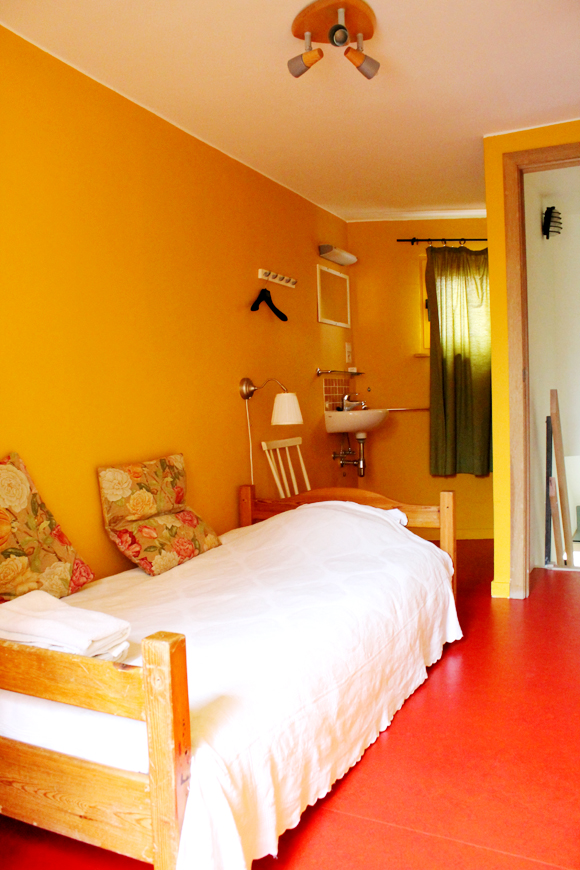 Outside Stephanie’s room was an awesome rooftop terrace. She wins the best room award (in my opinion).

What do you think? Have you ever stayed in a vacation rental instead of a hotel? I loved it!

Need a recommendation for where to stay? Check out my Your Turn section.