Until recently, I had no idea what ceviche was. Then I had some that changed my life!

That last bit was a bit dramatic, but ceviche has quickly become one of my favorite things to order at San Diego eateries. What is it? It’s kind of… a fish dip? That really doesn’t sound appetizing, does it. But picture: A strong tortilla chip heaping with refreshing lime-drenched fish, corn, tomato, and cilantro. Sounds better, doesn’t it?

So, after googling around for a few recipes I learned the secret: The fish (usually a firm, white variety) goes into the mixture raw, and while marinating, the lime and lemon juices “cook” it –the fish gets firm and turns opaque instead of translucent… sounds cooked to me, right?

Not quite brave enough to do it the “real” way, we cooked up a bunch of shrimp we had hanging around in our freezer and made up a batch of cheater’s ceviche. 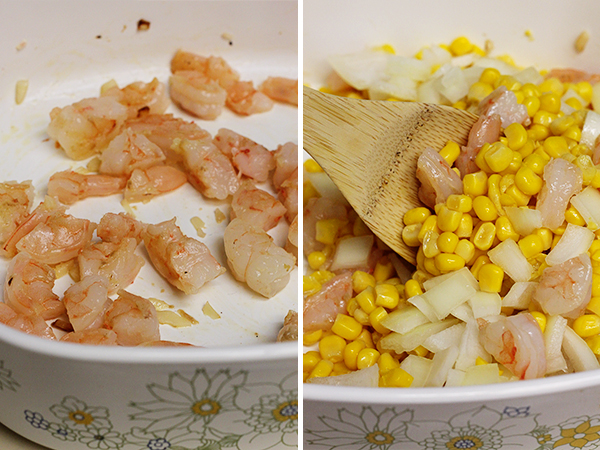 I cooked my shrimp with a little bit of garlic and oil, let cool, and carefully cut them into thirds–this dish will be chunky but it’s good to have pieces all relatively the same size. Then I diced my onions and let them chill in a bowl of cool water to remove some of the sharpness (drain the water after a few minutes). I Finely minced the cilantro and seeded and diced the tomato. I squeezed two lemons and five (I think?) limes in order to get the appropriate amount of juice. You should do yourself a favor and buy bottles of lemon and lime juice.

Mix everything together in some kind of vessel (it doesn’t matter what, really), cover, and let chill in the refrigerator at least an hour (ours was overnight). I stirred ours up occasionally.

To be honest, since the lemons were easier to squeeze than the limes, I erred on the side of lemon juice and my first foray into this dish was very tart. Note to self! Using the appropriate amount of lime juice is very important! Additionally, I feel that the addition of avocado would have toned down the tartness and been an incredibly delicious addition. 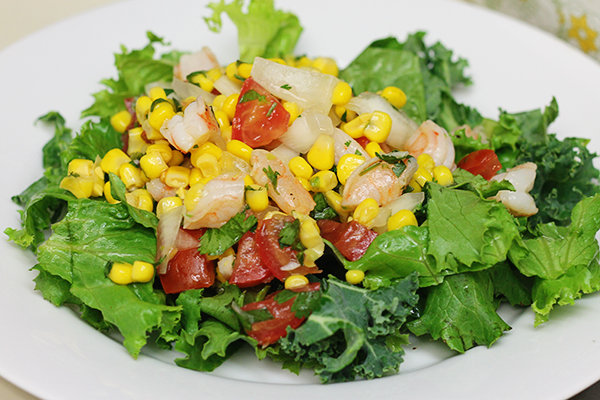 As I said in the beginning, this is usually served in small portions with chips, but we had this over greens for dinner. Healthy! I love finding fresh and interesting recipes that will be made more often as weather continues to warm up.