This week I had a day (plus a half day) off, so Angela and I sneaked away to the desert for a quick trip to see one of America’s best examples of large-scale folk art– Salvation Mountain. 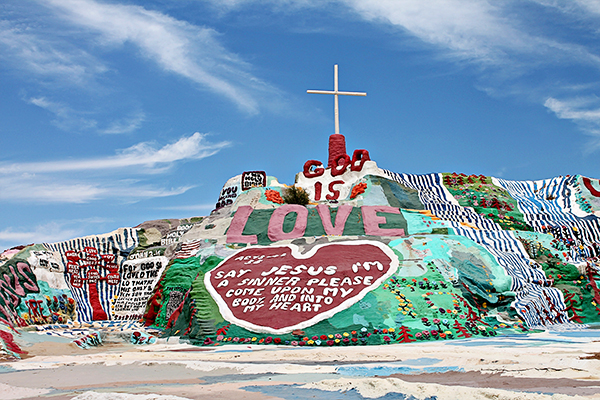 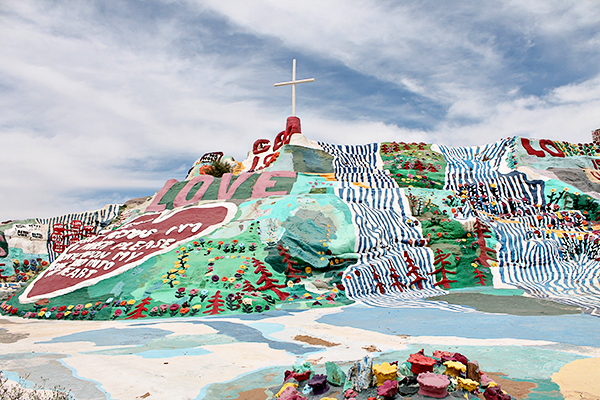 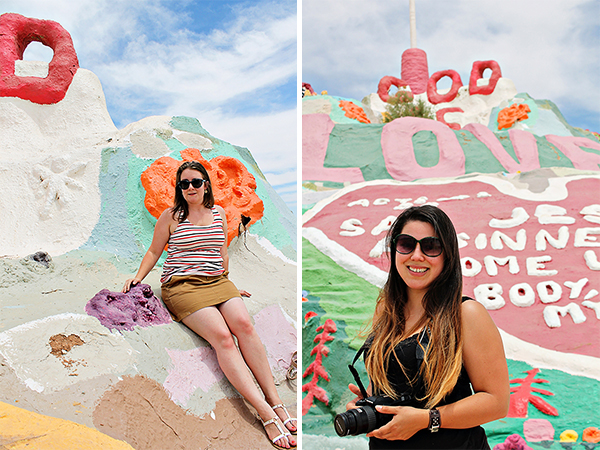 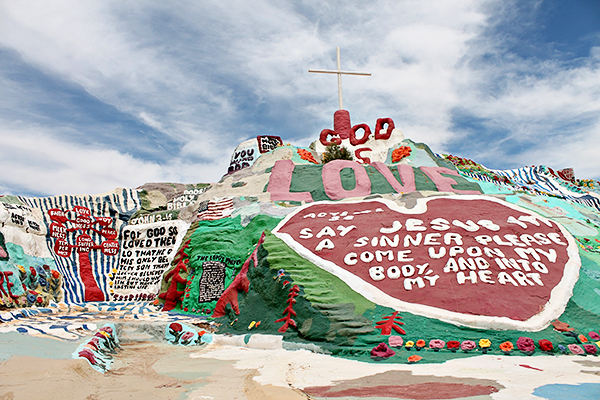 Seeing Salvation Mountain in person was very moving. I spent a lot of time thinking about the man who built it and his devotion to spreading The Gospel. For twenty years he labored out in the heat (it was 104° when we were there) first building, then maintaining and expanding this “mountain,” every inch packed with the message “God is Love” and important Bible verses. I compared this to other religious monuments I’ve seen… The Vatican, cathedrals like Notre Dame, Chartres, and Sacré Coeur in particular came to mind, as well as the Ali Ben Yousef Madrassa in Marrakech. Here in America we have not kept up the tradition of great religious monuments (for a variety of reasons–too many to discuss here), so seeing something like this that totally doesn’t fit in with the old tradition was very powerful… Even more so considering its ephemeral nature. Without diligent upkeep, the sun, heat, and desert winds can and will reduce this shrine to only a memory that lives on through photos and stories shared by those who made the trip to visit. 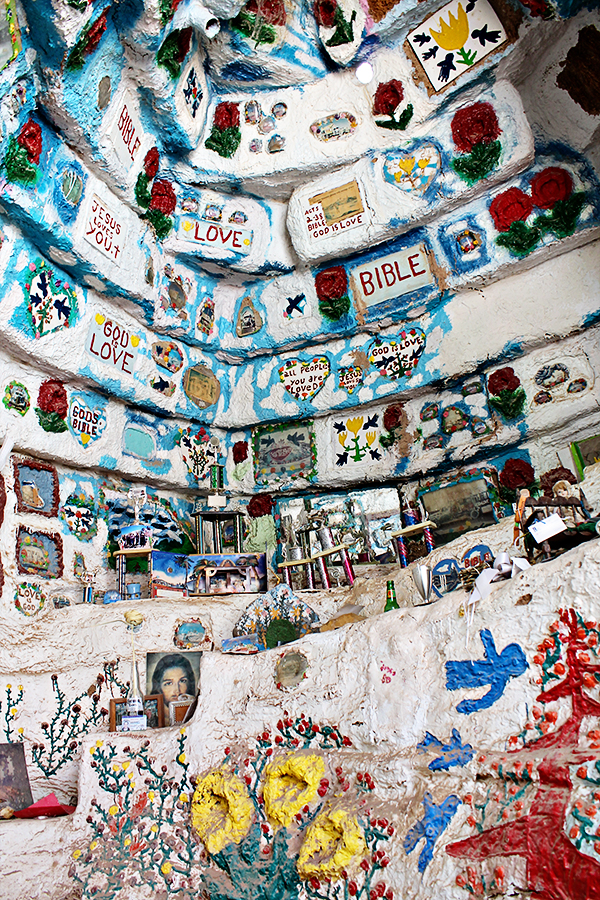 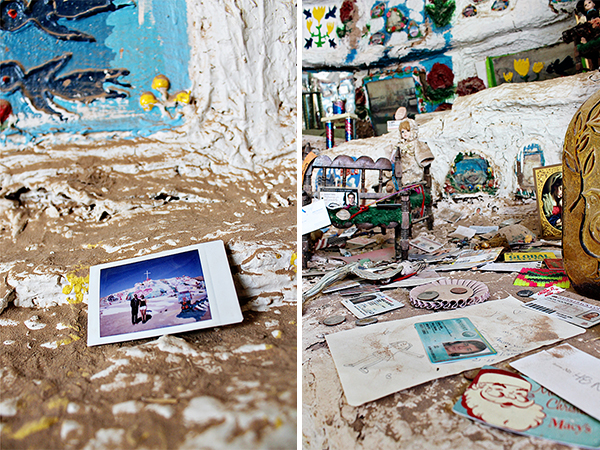 Angela and I were greeted by two men representing a group that exists to continue the work of Leonard Knight now that he is in a home due to age and health. I overheard them reminiscing about the time when Leonard still lived at the mountain–it was said that he greeted each visitor personally and made a connection with them, sharing his story and often sending them home with a trinket to remember the experience. It is only fitting that a shrine-like dome built under the mountain was filled with trinkets from visitors (instant photos, ID cards, candles, etc) to commemorate their trip out to the desert. 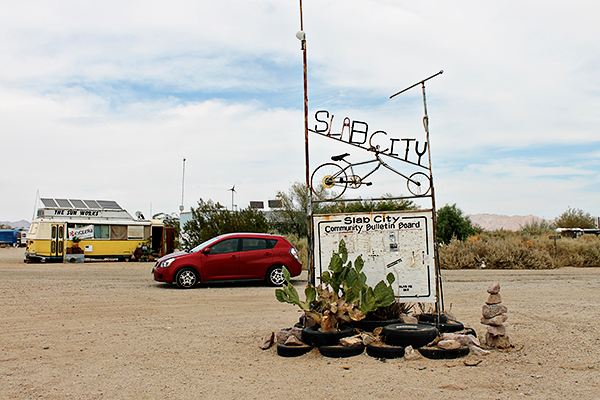 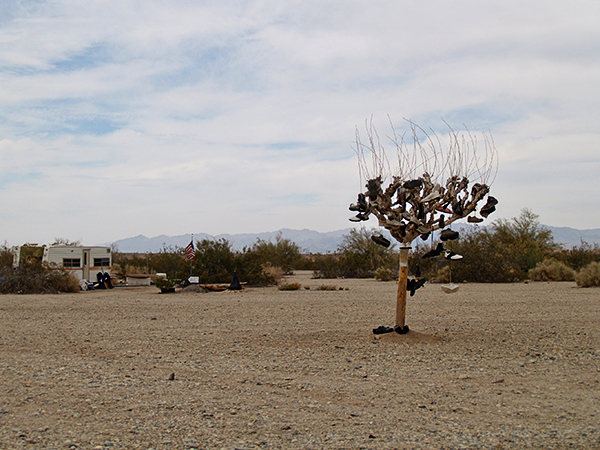 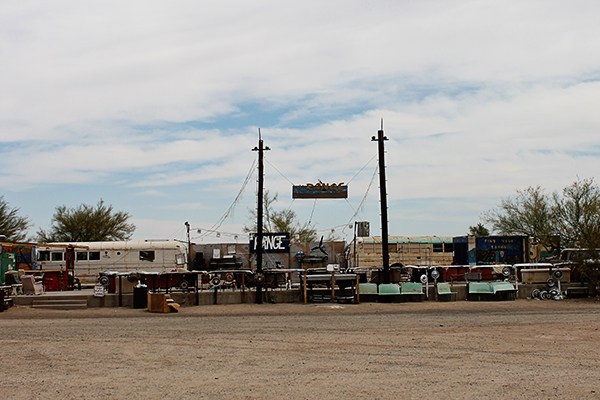 Adjacent to Salvation Mountain is Slab City, where a collection of hippies, nomads, and other unique individuals live. Some make this area their home full-time, others visit seasonally, and yet others are simply passing through. During the summer the population dwindles as not everyone can endure 100°+ days. This community is featured prominently in the book and film Into The Wild. I liked looking around, but we didn’t linger because I didn’t like the idea of violating anyone’s privacy.

After Slab City, we headed north a little more until we reached the Salton Sea. The area we found appeared as if at one time it had been a boating ramp with camping stations around it, but now the buildings have collapsed, the ramp is a memory, and the water stagnant. Instead of sand, we walked on the strangest ground made up of crushed fish bones. The Border Control officer we encountered was puzzled as to why we were visiting there. I was a little, too. It was kind of creepy! We took a lot of photos then headed to our hotel and dinner. 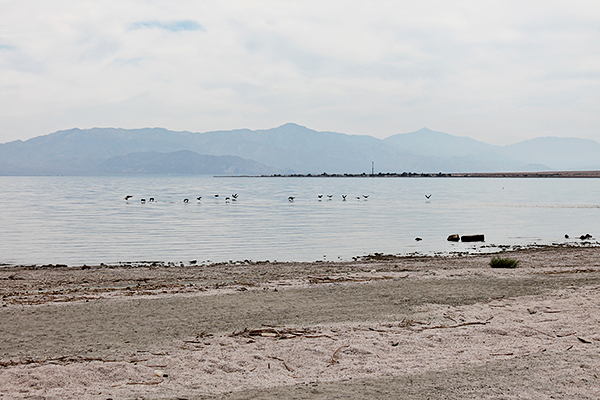 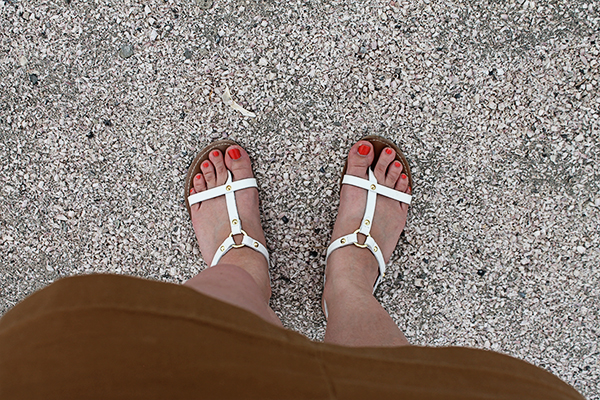 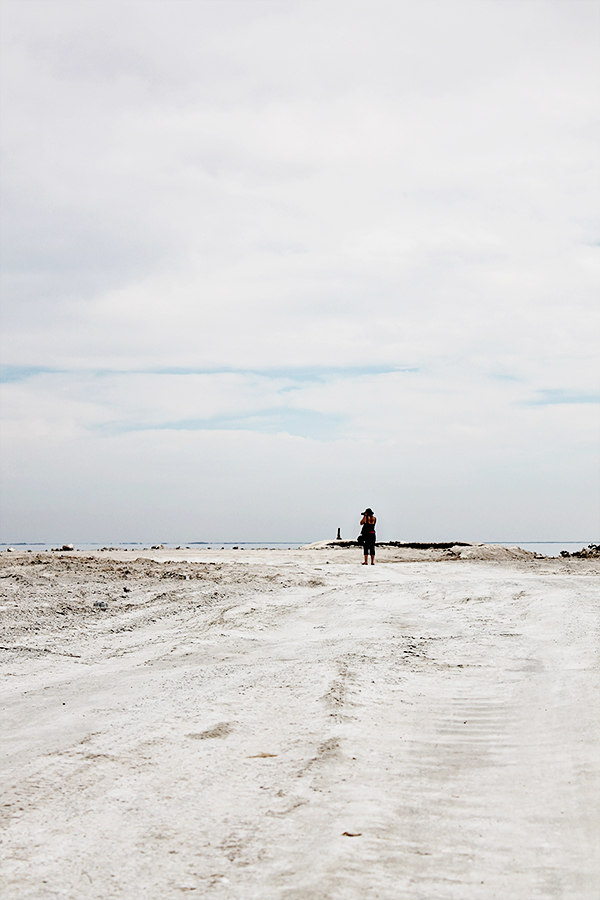 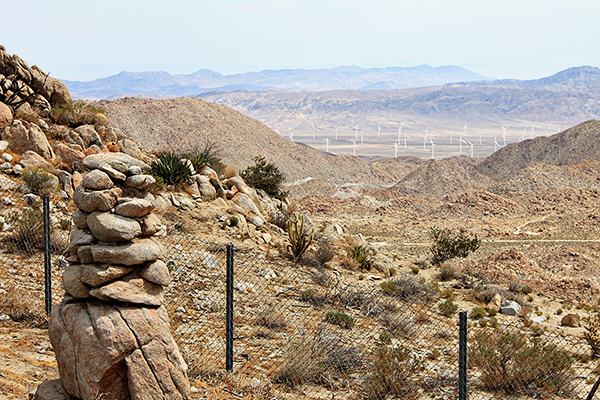 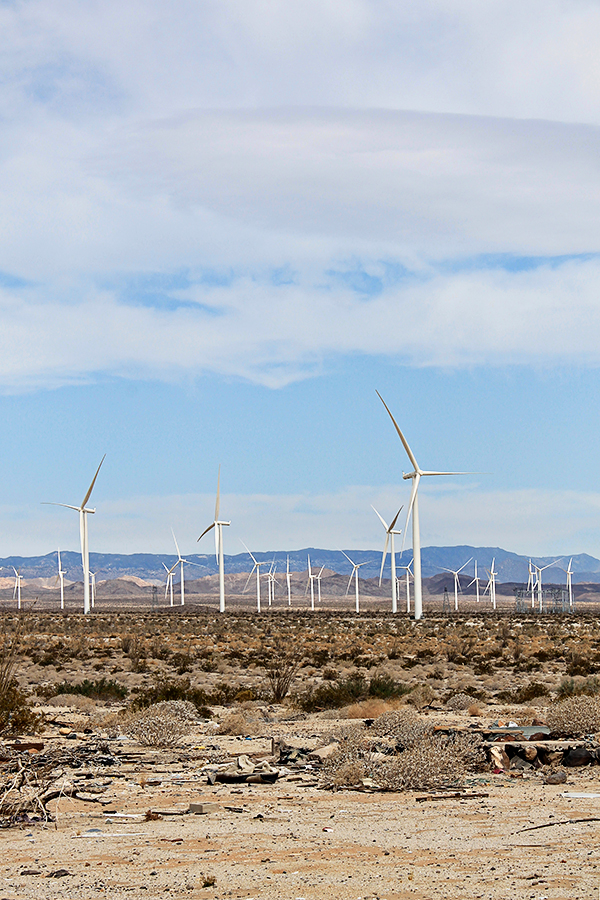 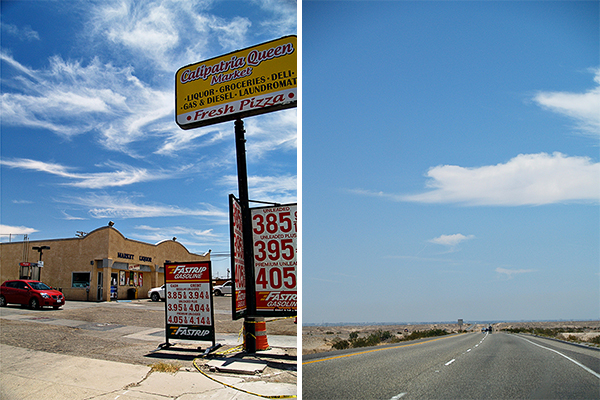 The next morning we headed back since I had to be at work after lunch. The trip overall was very brief but unlike one I have ever taken before! The desert is such a haunting, isolated place.

Most photos by me, with a select few by Angela.