It’s the best part of the month—book club time! I’ve been having such a good time reading along with Libby and Stephanie, and you if you’d like to join. If you’ve ever read this book (even if it wasn’t this month) I’d love for you to join in the discussion in the comment section! Our club has been all over the place in the last three months. Paranormal, then sci-fi, and now a touching civil rights-era story set in the South.

The Secret Life of Bees by Sue Monk Kidd is one of those books that I’d always heard buzz about (yes, I just went there) but I literally had no idea what it was about or when it was published. We democratically decided that it sounded like a good choice, and I zipped over to the used book store and grabbed my copy without so much as looking at the back. So, that’s how I blindly jumped into this month’s read! I was not prepared to be so inspired! As the main character, Lily, runs away from an abusive father and discovers her new, empowered, free, self in the home of three strong, loving women, I was inspired to be the person (like the Calendar Sisters) reaching out and raising up those younger than me in need. I work with college students and I am always trying to encourage them to think about their career goals when faced with dumb and mundane college-related decisions. I also try to encourage students to be their independent, best selves. Hopefully my reassuring words have stuck with a couple of them!

The rest of the review contains spoilers and a couple of them are a bit depressing, but I think I found the light at the end of the tunnel:

One thing I noticed when reading was that I was always holding my breath waiting for something big and bad to happen. This gave me an uneasy sense of suspense for most of the book, instead of soaking in the warmth of the Calendar Sisters and the pink house. This should not have been a “suspense” novel! Honestly I want to reread this soon so that I can savor it more the second time, since I now know what is coming and when. May’s suicide and the arrest of Zach definitely qualify as “big, bad” things, but I’d psyched myself out so much, expecting the worst (I pictured Zach getting beaten to death for spending so much time with a white girl) that the bad things that actually did happen in the book didn’t really shake me. And I think this is a commentary on the extremism of books and movies, and media for that matter:

Devastating things happen in TV and books, and in real life on a regular basis—so regular in fact that some of them have a hard time registering as a blip on the radar. (Oh, only a couple people died? Not 20?) This reminds me of May, who felt everything so deeply that she had to take it to the wailing wall. I find myself somewhere in between praying the common prayer, “break my heart for what breaks yours,” and frequently shutting down so I don’t get overwhelmed with the state of the world. Hate crimes, terrorism, poverty, and the like are so prevalent and with the internet we have an unending source to read more and more about terrible things. Like an IV of tragedy. At some point it needs to be shut off before we, like May, can’t take anymore.

I think that is where supportive groups of people come in. I don’t strictly mean “support groups” although that is one form of important community—but any close circle of friends where you can get “real” without feeling like you are going to freak people out. This can be a church or social group, online community, family, or it can take another form. In the book this took the form of the eclectic, lovely Daughters of Mary. What I learned from the Daughters of Mary is that community can help pull us through whatever the world may have for us, whether it’s something that affects us directly, or if it’s general despair and helplessness about current events.

Oh, and during the part where August tells Lily everything she’s been dreaming of hearing about her mother? The good and the bad? Cut to me silently weeping next to a stranger on an airplane. And when the women stand up for Lily so that she can stay at the pink house? I was beside myself. I’m so glad that the book ended on an “up” note and not on a “down” note. Sometimes we really need those happy endings in life. 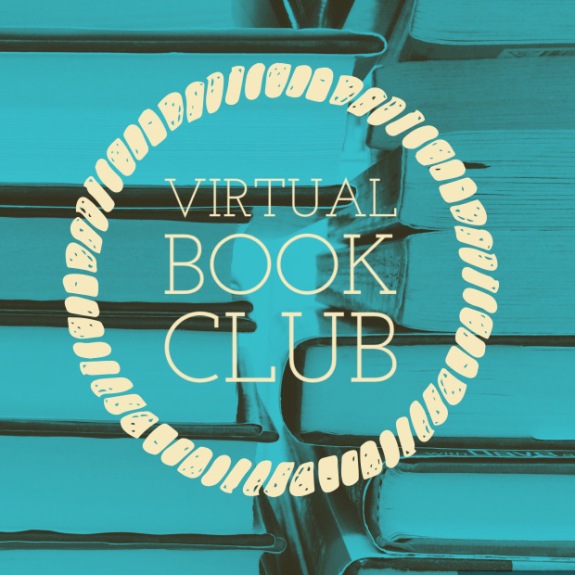 Next month we have selected a really short one: We Should All Be Feminists by Chimamanda Ngozi Adichie. Despite the low page count I am sure there will be lots to unpack during the last week of August. Please join in!

* In order to work incrementally towards my start-up, I have decided to start using Amazon Affiliate links in some of my posts. Thanks for understanding. *

One thought on ““The Secret Life of Bees” Book Review and July Selection! ”