A few weeks ago I went desert camping with a couple of my buddies! Actually, it was Coachella weekend, but we didn’t go all the way to Indio for that. Why spend multiple hundreds of dollars on a concert ticket when you can rent a modest campsite for $25 a night, eat hot dogs, and listen to iTunes? 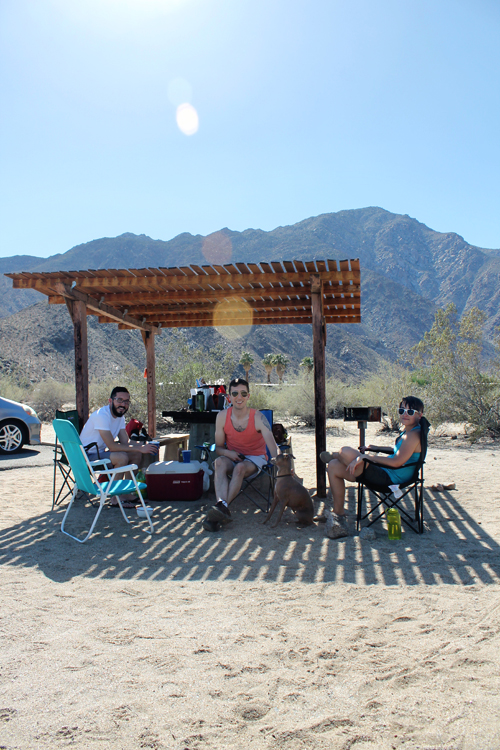 Oh, did I tell you guys yet? I’m into camping now. I’ve been 2 1/2 times! To explain the “half” time, it was on this particular trip, when I drove over for the day and then went home that night. I was unsure about camping overnight in a tent with Mosey (we’ve never done that) plus, this semester was just exhausting for me and I couldn’t bear the thought of sleeping on the ground (even with my comfy air sleep pad).

April in in the Anza-Borrego desert was just perfect. It was nice and hot, but not too hot. Just hot enough that you don’t feel bad about sitting in the shade drinking cool beverages (instead of exploring). We were a couple of weeks too late for the famous wildflowers, but nonetheless there’s just something to be said about the beauty of the desert. 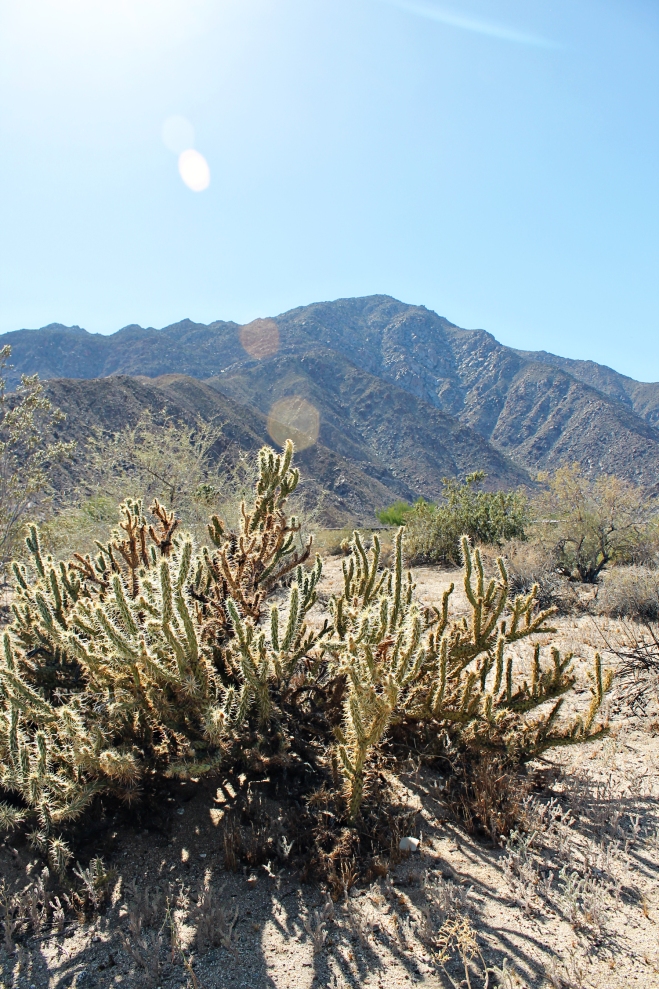 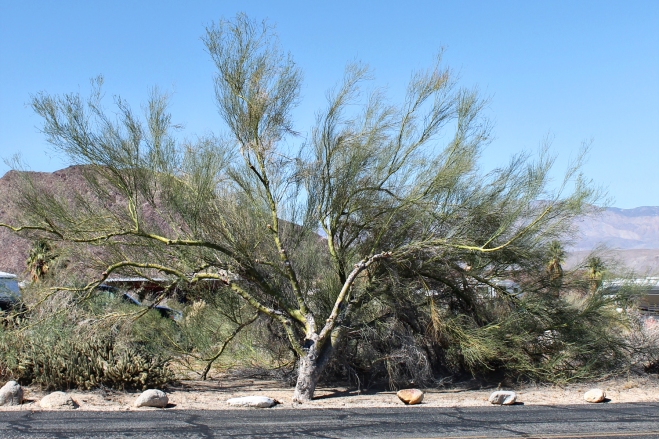 I love the greens and yellows against the blue and purple mountain backdrop.

The campsites were very nice and new. I was impressed! Later I read in a guidebook that the reason the campsites were so new was that a massive flash flood in the mid 00s had washed everything out. So, everything was rebuilt anew. Sad, but glad for the nice new digs, which are pretty rare in the camping world. 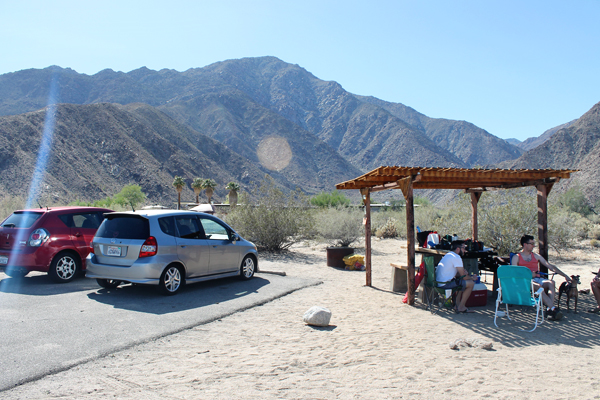 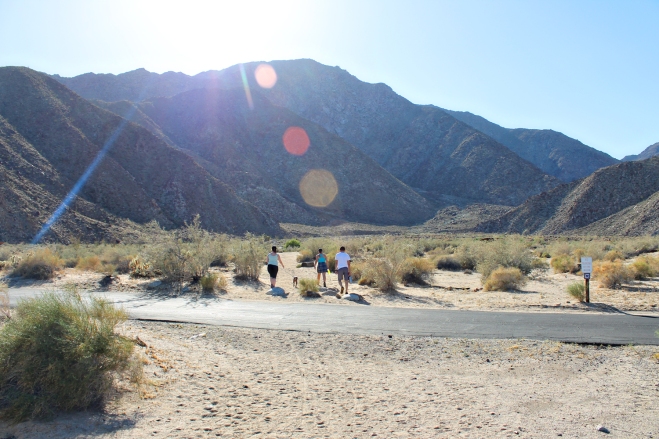 There was a nearby hike to an oasis(!), but the trail was dog-prohibitive (so as not to disturb the wildlife, which included jackrabbits and bighorn sheep) so I went with everyone to the trail head but then Mosey and I went back to the campsite to arrange all the food, read my kindle, and build the fire. Doug took a few cool shots at the oasis though. Next time, I’m definitely hiking all the way there. 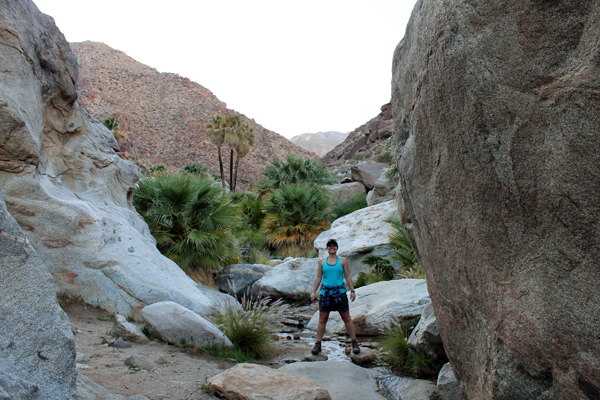 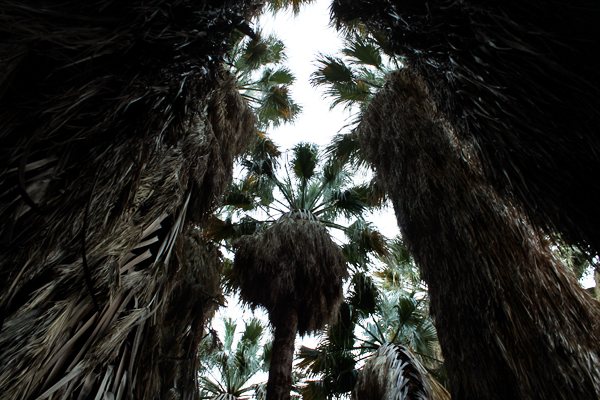 The following day, while I was at home relaxing with Mosey, the crew took a much more grueling hike to Maidenhair Falls. Sounds wimpy, but I’m glad I wasn’t there to slow everyone down. It sounded really hard, but the waterfall at the end must have been so magical!

How do you guys feel about camping? I won’t say I love sleeping on the hard ground, but I love how affordable it can be for a quick weekend escape. Any favorite campsites to point me toward?

For my birthday (which was ages ago), instead of a normal present, I asked for a getaway to Los Angeles to visit LACMA, the LA County Museum of Art. I didn’t know what to expect but I was blown away by the breadth of their collection! It truly is a world-class museum.

But first, let’s back up. We can play this like you are spending your whole day in LA. Traffic is a giant bummer, so we’ll pretend like you woke up there. Could be that you stayed at The Ace, where we stayed for my birthday, or in an Airbnb in the downtown area. Or crashed with a friend. I’m sure you know someone who knows someone who lives near… right?

For breakfast you can go a couple of ways. You can eat at Bottega Louie, which is basically what it would be like if Marie Antoinette designed a brunch restaurant–an amazing bright white emporium of small but impeccably crafted sweets, and big entrees. Or, you could poke around for a smaller place like Poppy & Rose, which is aptly named since it sits right in the midst of the Downtown LA Flower District. It’s hard to mess up brunch, but a meal that makes a lasting impression is worth writing about—so I include both places which were each very good. Also near the Flower Market is the Fashion District, where  you can find almost every kind of fabric and sewing notion known to man.

After brunch it’s worth driving around Downtown LA to check out some impressive sights like the famous Walt Disney Concert Hall and the new Broad [modern art] Museum across the street. The MOCA is right there, as well, so pay the parking meter and poke around these three famous sites. If you wanted to make your day an Art Triple Feature, you could check out the Broad and MOCA before lunch, and the LACMA after lunch. That is, if you have the Museum Stamina.

I just mentioned lunch — depending on how early you ate breakfast you may be in the mood to grab a bite. Go to the Grand Central Market— you won’t be disappointed. I heard that the line at Eggslut can get really long, so if it’s short (like it was when I was there), get on it. If it’s too long, just pick any type of cuisine and I’m sure you will find another vendor that fits the bill. I highly recommend Berlin Currywurst. The Market has been open for almost 100 years but is experiencing a kind of renaissance (or, you could call it gentrification or hipsterification). It’s really helping along the revival of rundown (scary) DTLA move from sketchy to nice, and by the way, the food is delicious.

Now head west a few miles to (in my opinion) the main event. Let me pause for a moment and tell you to drive through the super fancy neighborhoods near LACMA. WOW! You may even recognize some of the exteriors from movie locations. (I’m horrible at that kind of thing so I wouldn’t recognize any). You can park underground at LACMA so your car stays cool. The exterior of LACMA has a lot of interesting things to view without paying admission. The buildings themselves, from different eras and different architects don’t “match” but they “go,” kind of like a good outfit. You can see Levitated Mass, a giant boulder installation that caused quite a stir when it made its way to LACMA, and Urban Light (photo at top), the installation that launched a million selfies. You can even see an Alexander Calder mobile and fountain around back.

With admission, though, you can see art from every region in the world and almost every time period. It really is an extensive collection. Back in September we were there just about all day but didn’t even get the chance to see it all. I even went back a month ago and still haven’t seen everything there is to offer. The limited time exhibits are so, so good. The first time I saw a fascinating collection of works by Noah Purifoy, who I’d never heard of and now know so much about, and the second time Angela and I got to experience the famous Rain Room.

Don’t forget that LACMA is directly adjacent to the fascinating La Brea Tar Pits, which are actual, active tar pits that have been excavated over the years and contain preserved animals. Like, real preserved prehistoric animals. You can see a lot of the tar pits by just walking around the outside, but if you pay for a ticket you can go inside the main building and get a tour and learn a lot more information and context about what you’re looking at. Oh yeah, and since they’re adjacent to the art museum you only have to pay for parking once, which is a huge win.

To be completely honest, I usually skedaddle before traffic gets bad so my tips for LA are more concentrated on the morning and midday—truncated around 4PM. My evening tips are lacking. LACMA is closer to Koreatown though, so do yourself a favor and get some authentic Korean BBQ nearby. Then, if you don’t have to be rolled outside by your friends (many KBBQ places are all you can eat) you can head back downtown to Spring Street to find some trouble to get into. Or instead, you can grab a quick In-N-Out burger and go catch an up-and-coming band or a newly released movie. You are in LA after all.

When we were in Portland last July, there were several conventions and events happening city-wide so we couldn’t find any affordable hotel rooms. Enter Airbnb! We had used the site once in the past, when we stayed in Denver, so we knew it was easy to book a stylish, comfortable place.

The place we stayed in was a basement-level apartment north of the Alberta Arts district. I like the idea of an Airbnb most when the rental is within or attached to (but still separate) from someone’s home. This place, called Peaceful Retreat, was just that. Very peaceful with a monochromatic color scheme. The couple that owns the home are both designers, and you can tell. 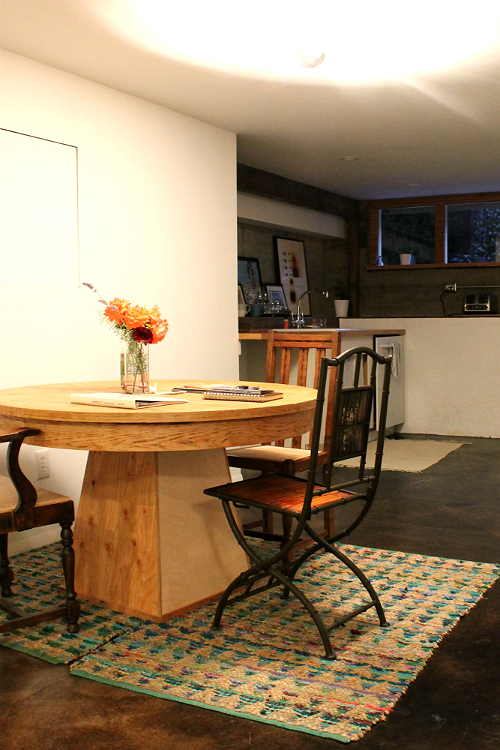 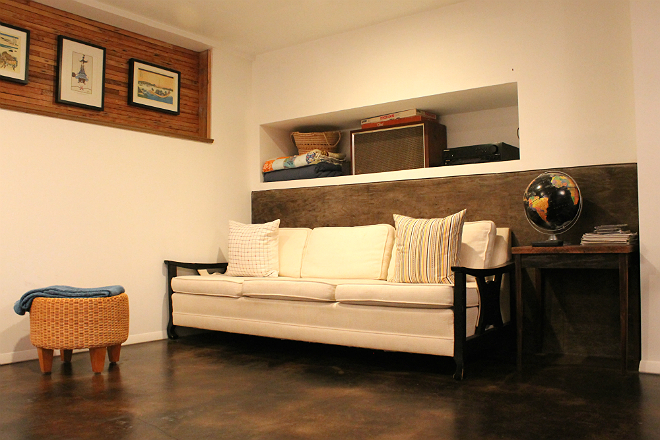 I loved the cozy accessories. If we were there longer I would have liked to take better advantage of the sound system, games, and kitchen. 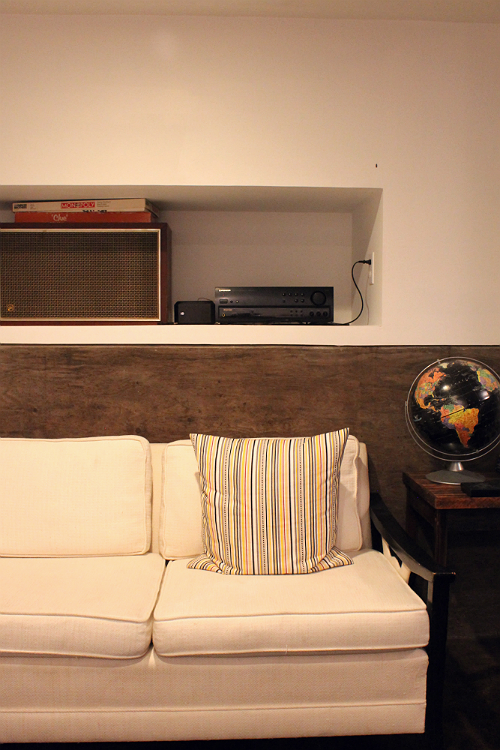 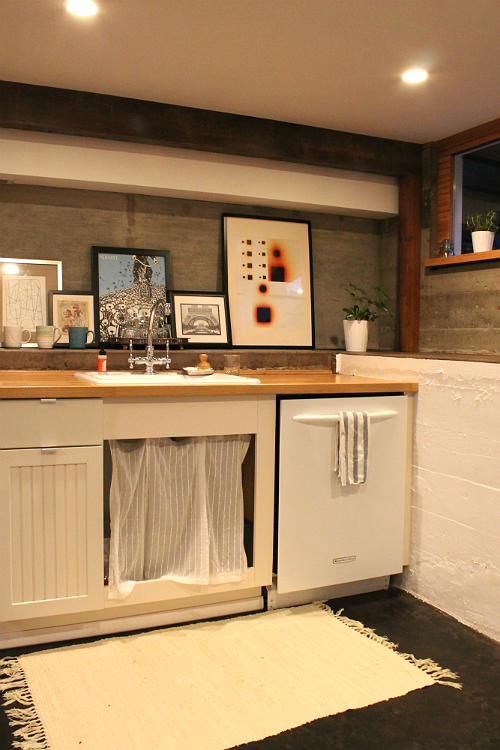 We weren’t downtown like we were last time, but since we had always intended on renting a car anyway, it was nice to be in a quiet part of town. I like taking advantage of Airbnb especially to check out cool neighborhoods in big cities that don’t really have a large hotel presence. If you have a trip coming up, possibly during the holidays, keep one of these vacation rentals in mind especially as hotels may have filled up! If you haven’t joined Airbnb yet, here’s my referral link, which will give me a little somethin’ somethin’ for recommending you. ;)

Disclosure: I was not asked by Airbnb to write this review (they have no idea who I am), but if you use my code to join, I get a credit to my account.