Happily Married since June 20, 2010.
Thank you to all who attended or thought of us on our special day.

The ceremony was held outside at Wall Park, in McPherson, KS. Due to heat and wind, the reception
was held indoors, and the McPherson Free Methodist Church. 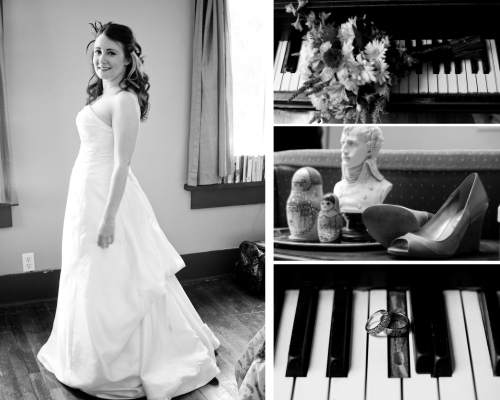 Flowers by Fruits of the Spirit, McPherson. Shoes by Banana Republic.
Rings by Riddle Jewelry and Polkadile on Etsy.

The wedding was held on Father’s Day, June 20, 2010. The ceremony was held at Wall Park in McPherson, against the best efforts of gale-force wind and extreme heat–believe it or not, I do not remember it being THAT hot ;) –but for the well-being of our guests and ourselves, the reception was held in the fellowship hall of McPherson Free Methodist church. Refreshments included cake, blueberry pie, other sweets, fruit (healthy!) and chips and salsa. A photobooth was set up in the adjoining room and produced some of my favorite pictures of the whole event. The guestbook consisted of vintage postcards purchased from antique stores; the guests wrote their message on their favorite card. 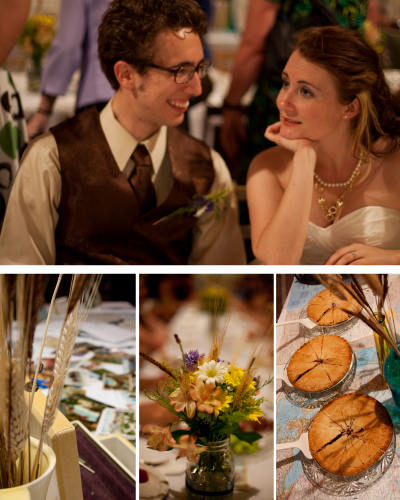 Doug and I met while attending school in McPherson, KS. We became close friends, but nothing more than that developed at this time. I transferred schools to Point Loma in San Diego, but we kept in touch by talking on the phone every few months for a couple of years. Unlucky in other romantic pursuits, we became drawn together through ever-more-frequent phone conversations. The decision was made to take a chance on the dreaded “Long Distance Relationship.”  Seven months later, including less than 10 days spent in each other’s presence, we were engaged (at the mall!!). I began wedding planning from a distance and after graduation relocated to McPherson on Jan 1, 2010.

All wedding photos by The Visual Theory.
All engagement photos by Angela Cerda.

10 thoughts on “Our Wedding”